The stomach receives and processes nutrients and liquids for further digestion and absorption and plays a central role in the regulation of hunger, appetite and satiety. Lifestyle and several exogenous toxic agents threaten the stomach health and lead to disturbing symptoms with negative impact on quality of life.

The greatest threat for the healthy stomach is the H. pylori infection, which causes inflammation in all cases and is the most frequent cause of peptic ulcer disease.  Treatment of helicobacter pylori cures ulcer disease and holds the potential to prevent gastric cancer. Moreover important strategies have been developed to protect the stomach from damage caused by some medication (Aspirin, non-steroidal anti-inflammatory drugs).

A large number of the global population suffers from functional gastric disorders and needs advice for therapies that include medicine, healthy nutrition and life style adjustments. 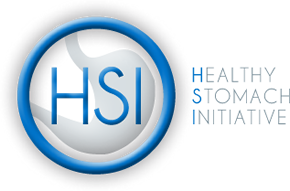